Homepage > Echos of the Past

Toastmaster of the Evening was Frankie with his team of partners - Trudi (Sergeant at Arms, Grammarian and Erm counter), Lola (Time Keeper), Vinette (Table Topics Master) and Theresa (General Evaluator). There were three prepared speeches made by Dave ("Jump"), Elaine ("My Dad Jim") and Parker ("Words") respectively.

Vinette's Table topics subjects were very clever with the speakers, for the whole, enjoying their given subject and rising to the challenge. The speakers and subjects were:

Once again we had a good turn out to witness some exceptional speeches with 15 Toastmasters and guests.

Sam was the Toastmaster of the Evening and ensured that the meeting ran smoothly. The prepared speakers were Vinette, Ayo and Frankie with their speeches "Make dreams come true", "My business case for joining Toastmasters" and "the Spirit of Life" respectively.

Lola was the Table Topics Master of the evening and asked questions with a Social Media theme to Theresa, Praveen, Parker and Trudi.

Winners from the meeting were Parker (Evaluator), Vinette (Prepared Speech) and Parker again (Table Topics) - they are both featured in the photo along with Sam (Toastmaster of the Evening).

We were proud to receive our Area Director, John Kendall to our meeting on Tuesday.

We had 3 prepared speakers, Lola, Vinette and Elaine and 6 speakers were invited to talk on table topics - the subject selected by table topics master Trudy was Firsts.

Winners from the meeting were Parker (Evaluator), Venet (Prepared Speech) and Elaine (Table Topics) - they are all featured in the photo along with Frankie (Toastmaster of the Evening) and Club President Nike.

Club Secretary Martin summed up the meeting as "First class".

29th April 2014
At the first meeting of the Luton Speakers on 29th April, there were many new participants.

As the standout member of the evening, Fatima Begum was awarded the 'Froggy' Award.

The Froggy Award is presented to any meeting participant who took a 'leap' out of their comfort zone.  Club President, Rose Marie Calder presented the certification to Fatima.

Shelley won for best speaker of the evening.

Alex won the 'Froggy' Award.  Well done to All!!

Fatima Begum demonstrated that using the precise words applies not only to public speaking but also to other social media.  The presentation so so well received that she has agreed to present it again later in the year. 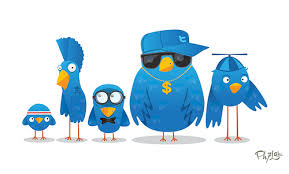 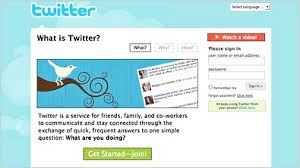 Dave Schneider spoke about how much music is intertwined with his early life.

Tahir Khan gave a speech explaining how motivation in his life allowed him to move from his initial life goals dreams to a life option which is more suited to personality.

Fatima Begum demostrated how both Twitter and Public Speaking are part of our effective communication skills.